I don’t need to share any ‘secrets’ with you!!

You already know what to do.

I could tell you that one of the base ingredients of any great performance is the ability to do the basics really well, consistently.

I suspect you already know that.

But knowing what to do is not enough!!

To become successful, we need to actually DO it!

The truth is, most people don’t do the simple things consistently well.

They’re not able to produce their best performance every day.

And, as a result, they never realise their true potential.

The ‘secrets’ to a great Mental Game are not so secret either.

We simply need a set of key ingredients…

The start point is simply to focus on the right thing at the right time.

I’ve worked for many years in cricket – First Class County cricket and International cricket. Over the years, I’ve worked with some of the very best players in the world – several world number one ranked batsmen.

They know that the mental game of batting is simple.

“Watch the ball. Play the ball”

They do it in practice sessions and in competition, often for decades.

It’s incredibly simple, but fiendishly difficult to do.

All batsmen know the formula, but very few can do it consistently for decades.

If they were, you’d already be doing it.

We need to BE different, before we can DO things differently, and ultimately HAVE greater success.

Therefore, the ability to do the simple things, really well, consistently, requires MINDSET!

There’s a reason why many of the books you’ve read on Mindset haven’t given you the results you expected. It’s not because they’re lying or because they’re wrong. It’s because they only gave you part of the picture.

Many people get frustrated because, despite all their hard work, success eludes them.

When we build the pyramid, success becomes inevitable. 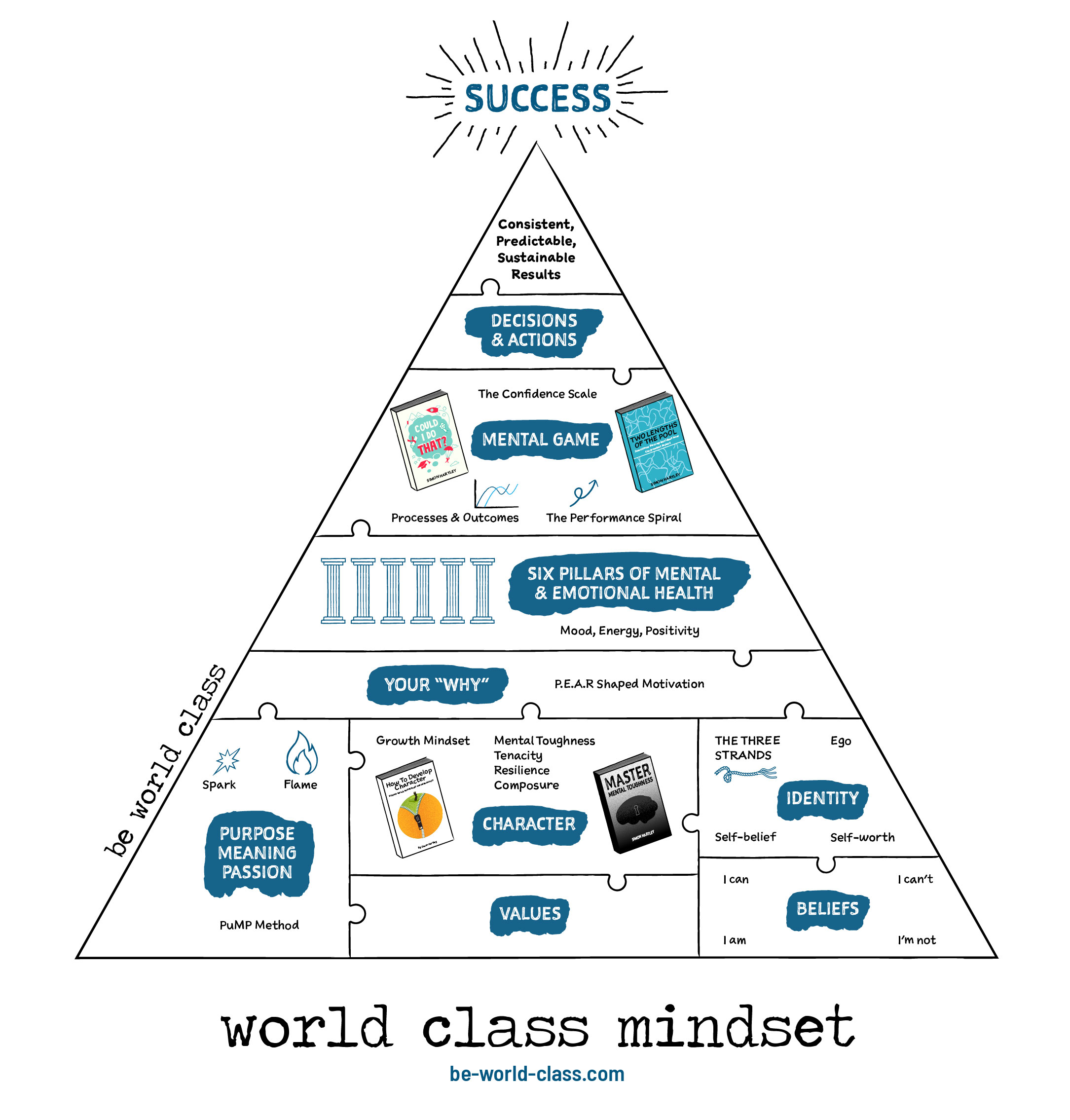 Over the decades, I’ve used these simple principles to help hundreds of people master their mindset. Some of those people are Olympians, world champions, world record holders and top five world ranked athletes. Others are business leaders, sales executives, teachers or soldiers.

The point is… these principles don’t just work for athletes.

They work for humans!

If you want to discover how to…

… then why not take advantage of our “World Class Mindset – Espresso” programme. It’s absolutely FREE to get started.